I just watched this video on using protien traps https://www.youtube.com/watch?v=kO9u7kU5wxc seems quite good, as i was actually just using them all on chinchompas before that! Argh... Oh well move on.

You can see this chart in the video, but added it here just for my eyes only!... Or watch the video linked above.

Jadinko From Best to Worse XP

Also this map is quite useful for getting to the jadinkos once you have picked one to train on. 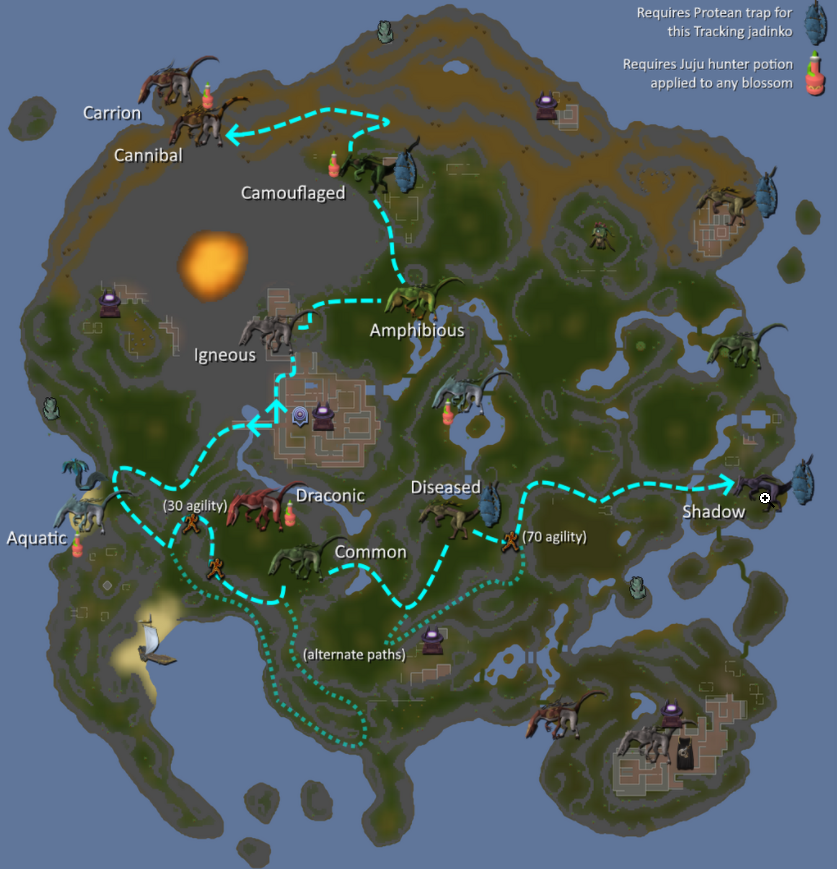 85 Hunter, just doing diseased jadinkos with a hunter pot, but i only broght one :( sad. 2322 protien traps to go. I think ill have to move over to the Shadow Jadinkos once the pot runs out. 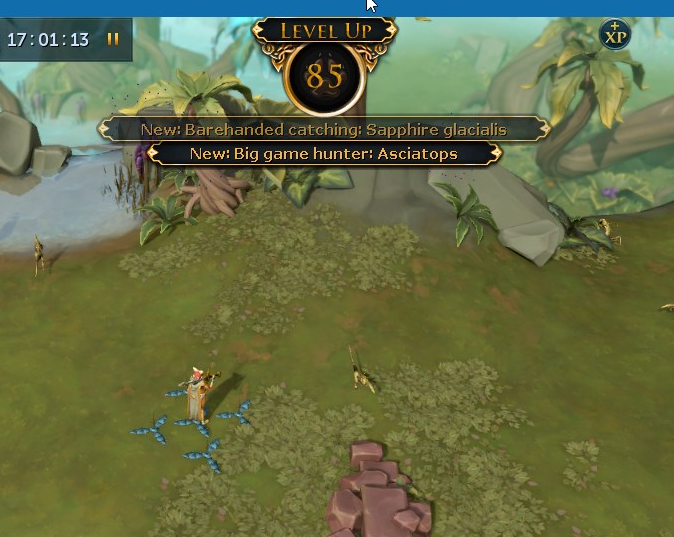 Update: half a level already! in like not even 2 potions. These jadinkos with protiens are fast xp... 2252 traps to go.

Currently at Diseased jadinkos, but i can either go back to the bank and get more pots or move over to the shadow ones for less exp. Hmmm... 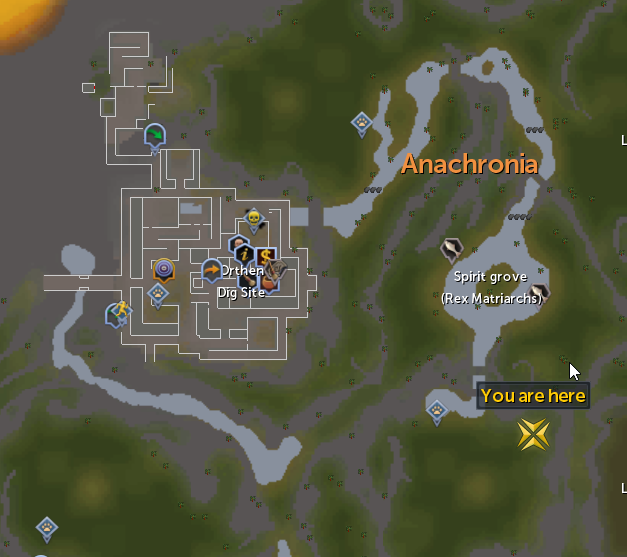 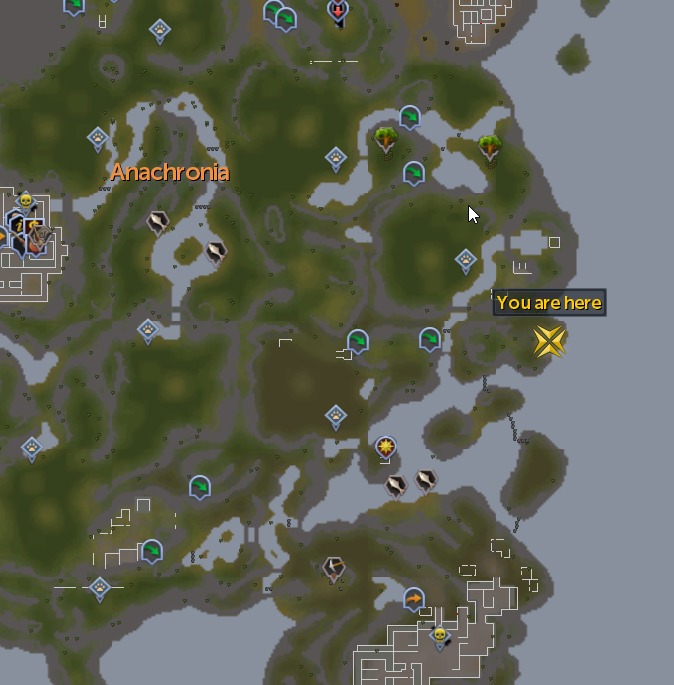 Ok so walked over to the shadow jadinkos, seems quite good exp as well. I think about 1218xp per trap which is nice. But thats with bonus and 6% clan active.

If you dont want to have to use extreme hunter pots this is probably a good spot to stay in for a while.

Such fast leveling here on DXP and protiens anyway, 86. 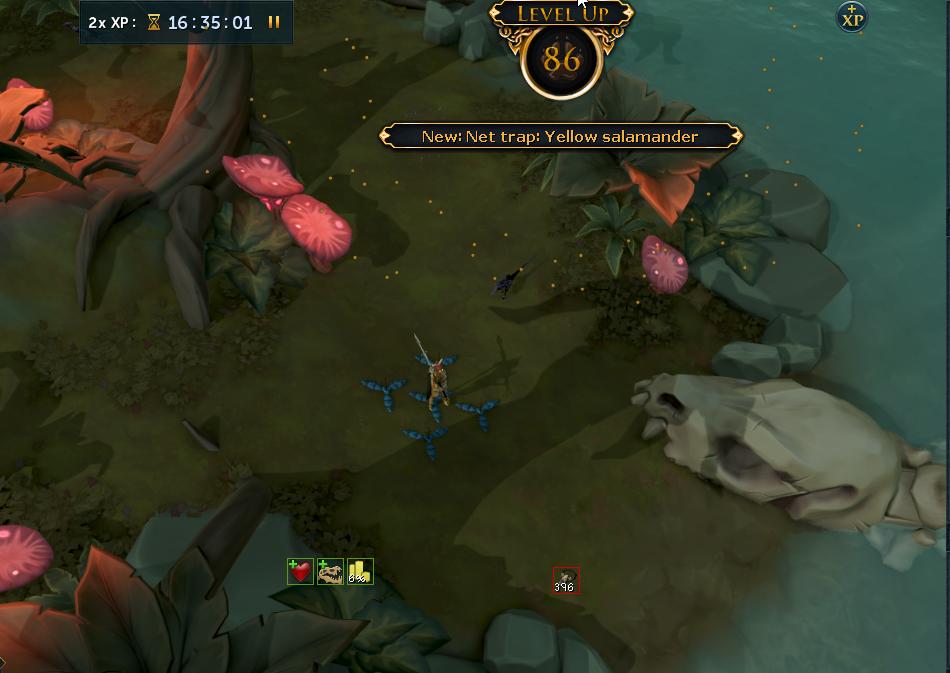 That level was about 30 minutes even including walking around the place, which does seem to take a while as i have no idea where im going in anacrondia.

and then im out of protien traps and will probably go back to divination training for a while.

And 87, wow that seemed fast! and i have to move a bit to the other jadinkos to test them. That was actually 20 minutes for a whole level. But i was using pule cores at the end there, but still that is fast.

Also got some more protien traps so trap count is now. 3296 traps. 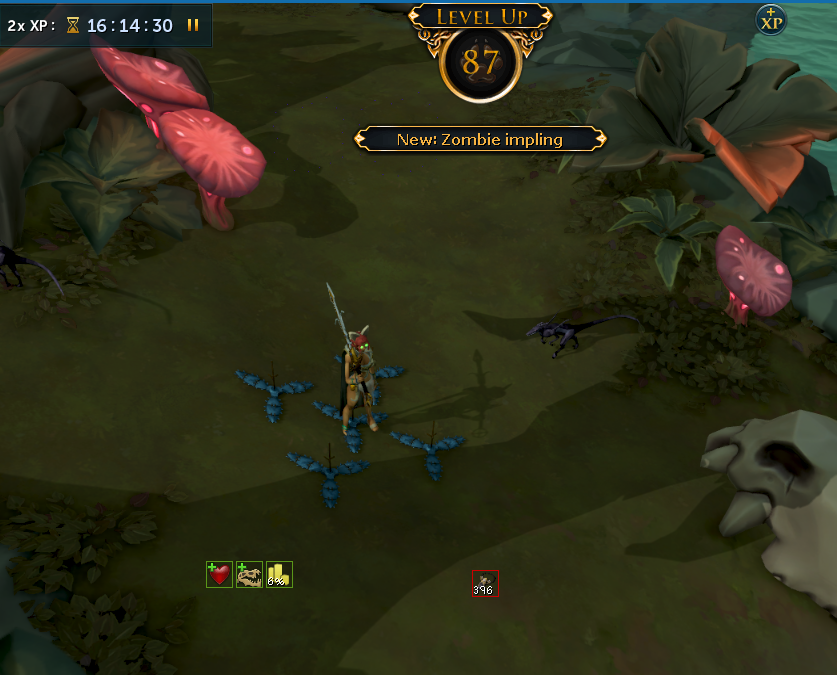 Now just trying carrion jadinkos, and yes another long walk to get there. 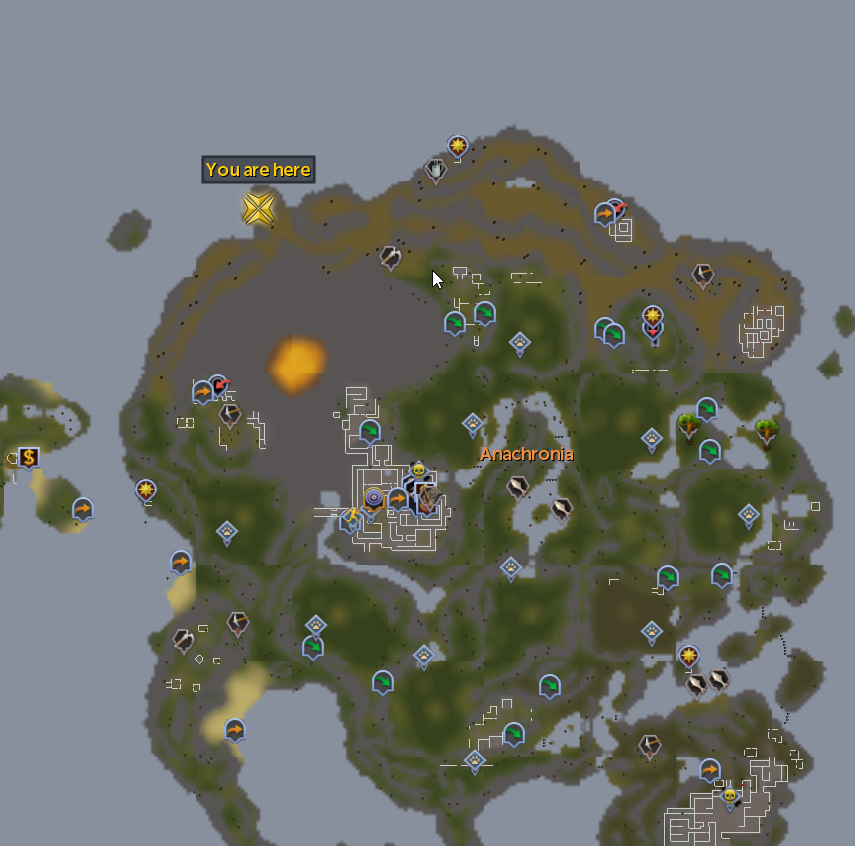 Yes like all hunter exp with protien traps, its fast, and once i get this level 88 i wont need hunter pots for it. 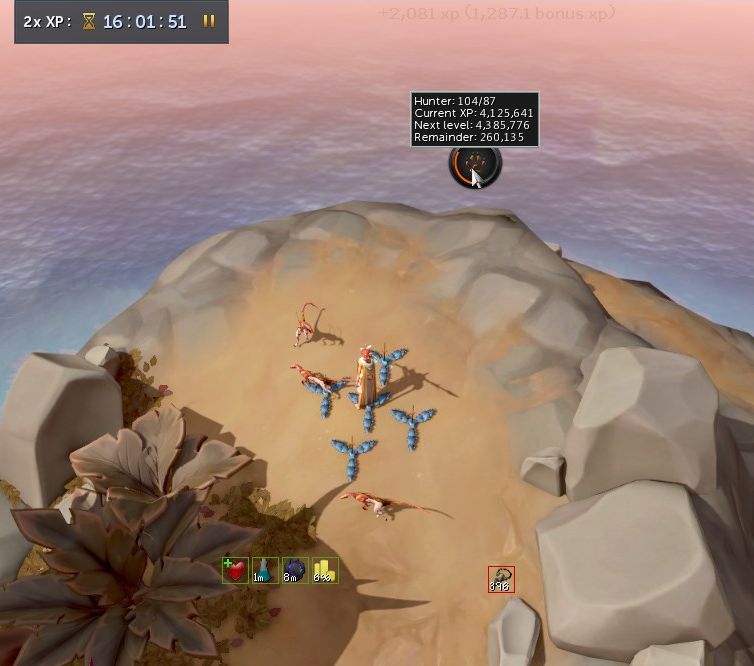 I actually should check variety packs in my bank to see if they have more protien packs. think i might have some more laying around.

And 88. I think that level was 7 minutes!... that seems fast. And no need for hunter pots now.

Actually i calculated that last level wrong, its still 20 minutes per level. But pulse cores are running out so will slow down a bit after that. 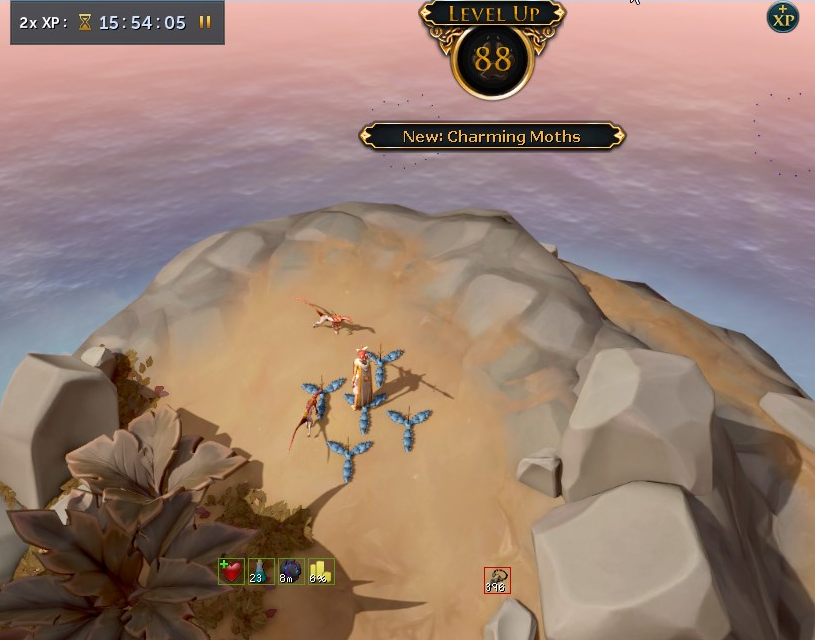 I seem to be editing this page almost constantly! its going to be sad leveling divination again after this, thats like a few hours per level, lol...

14 minutes from level 88 to 89, but still had pulse cores. So this next one might be longer? Id think so. 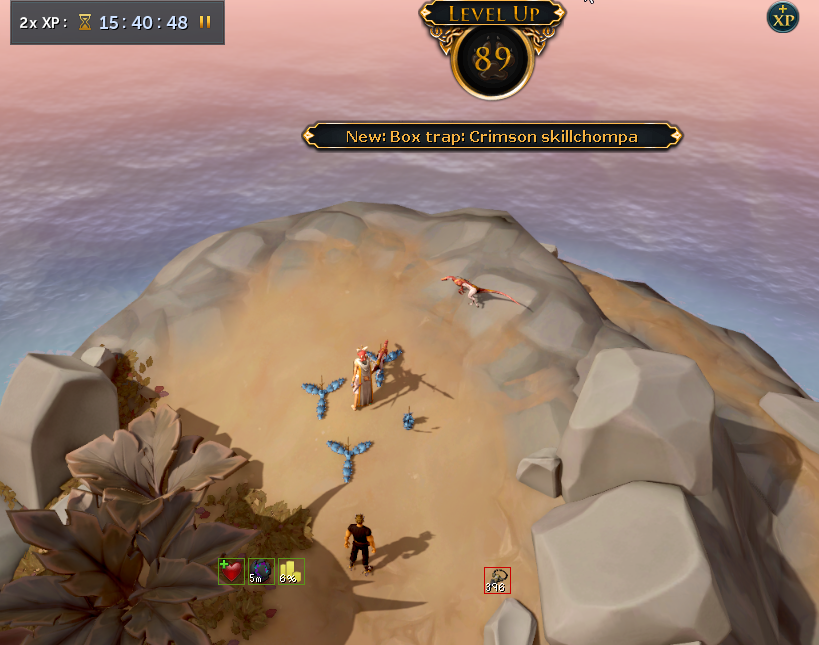 Level 90, this one took 22 minutes with no pulse cores, still pretty quick. I wonder if extreme hunter potions actually make this quicker or not. Maybe they increase the chance of catching using the traps or something.

It does seem to take a bit of world hopping to get a free spot up here but just check the low pop worlds and something seems to come up. 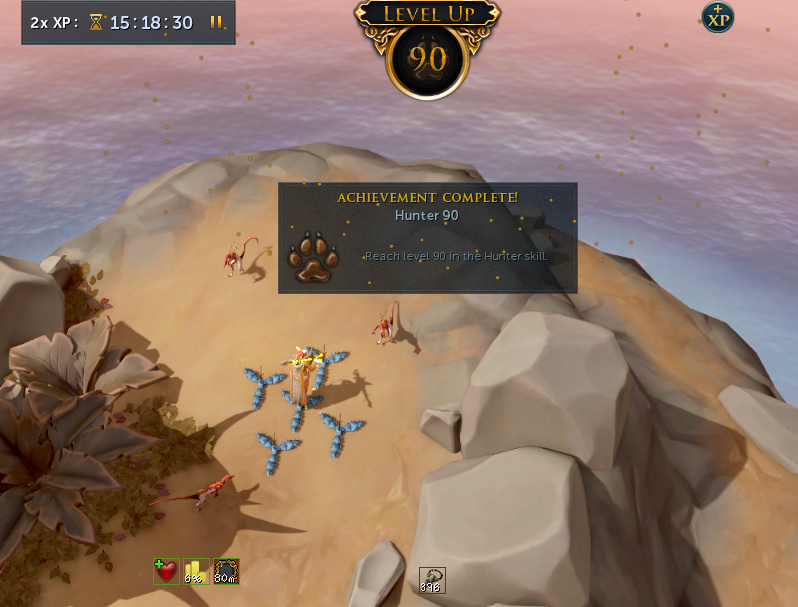 and then just when you think you are good the wifi drops out and you loose your world spot, almost lost my traps as well. Ah well. 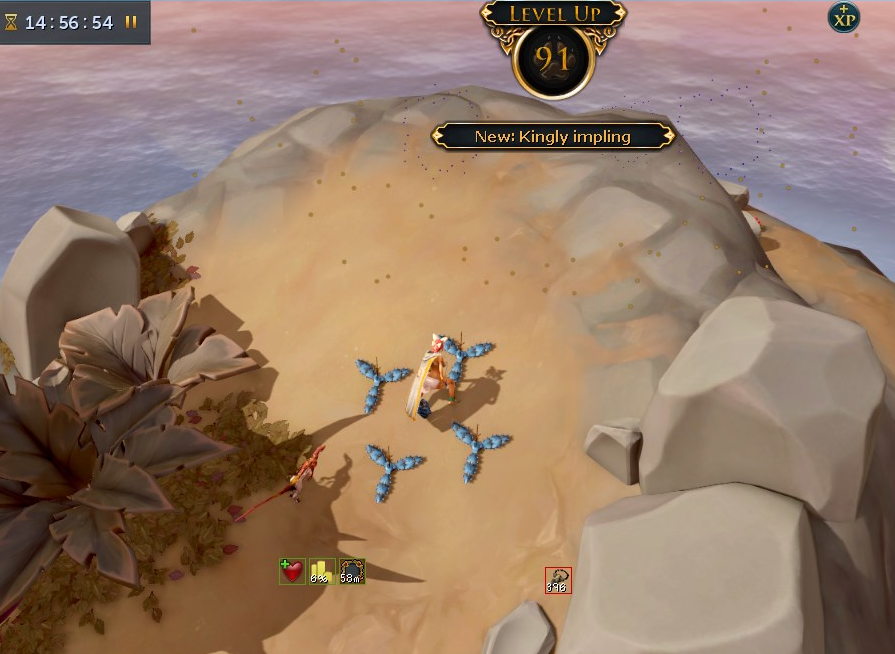 then its so close to 99 i guess ill have to find another method of leveling it.

Some how i did that one in 20 minutes. maybe as i didnt disconnect. 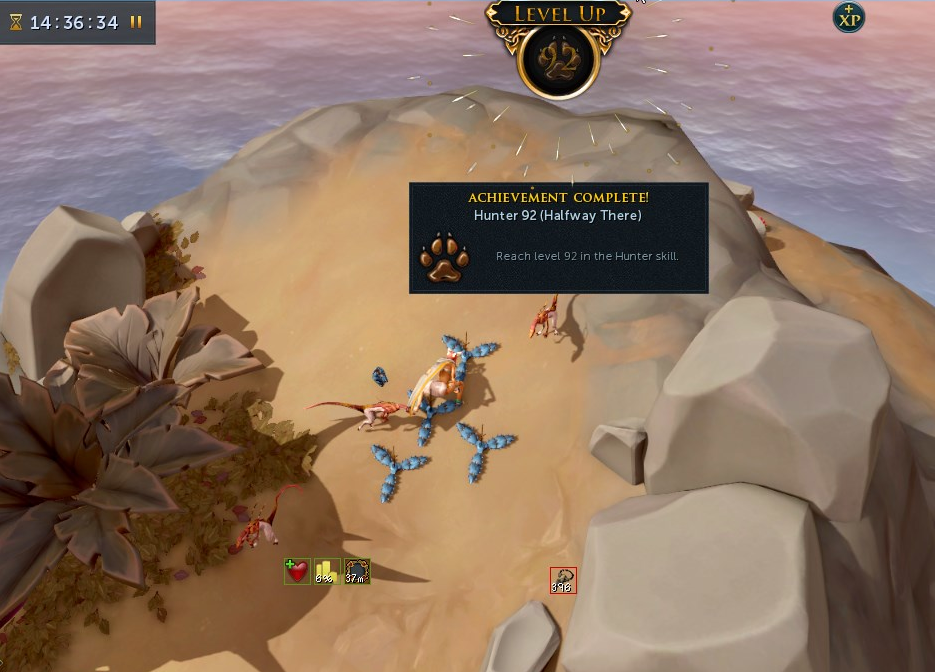 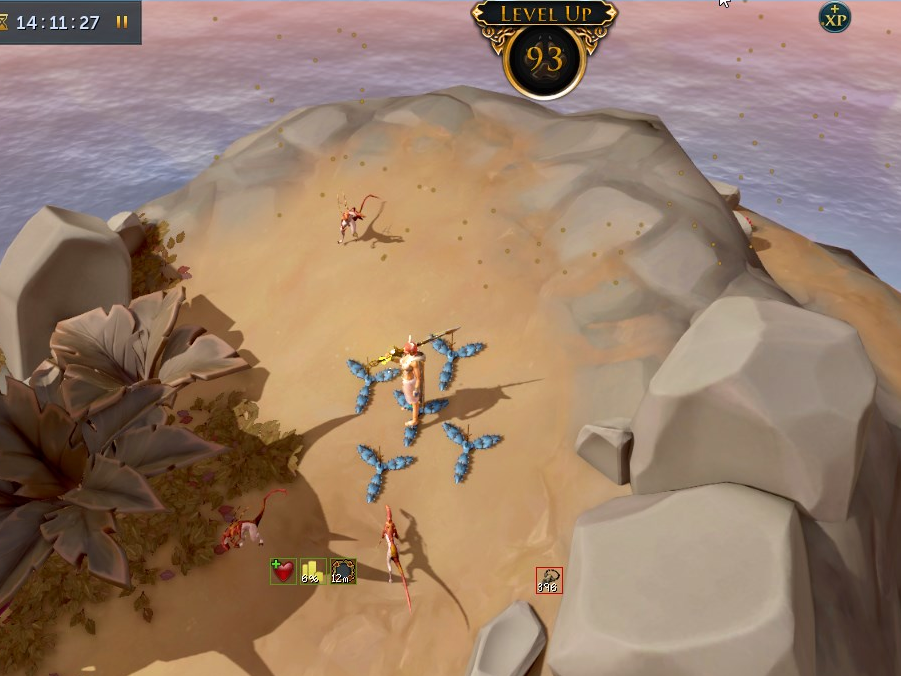 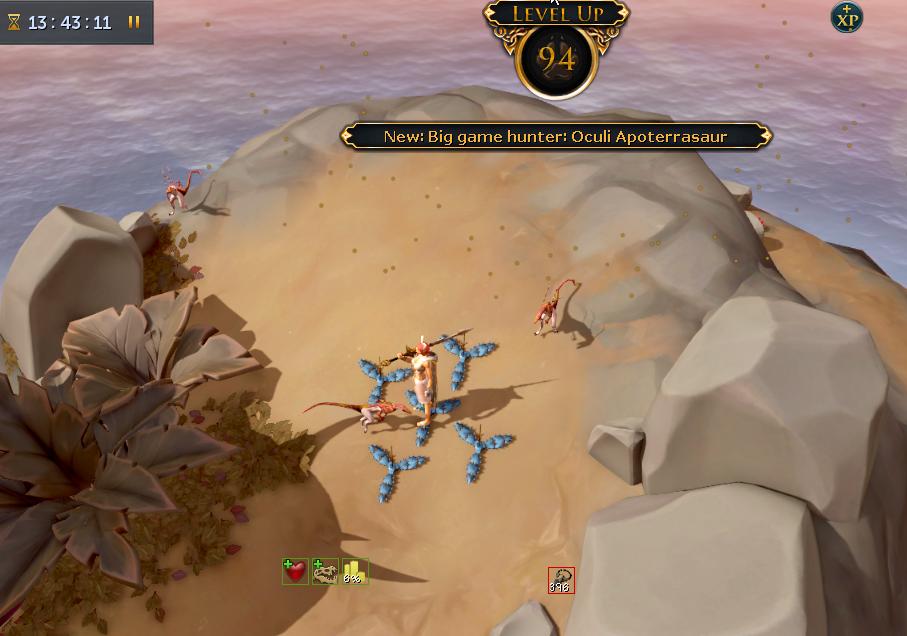 So i had to move spots, as all the carion jadinkos were full so i went to the second best spot, with no juju potions.

Wow that was 44 minutes! That is a big gap there. Maybe these ones are a lot slower, hmm... 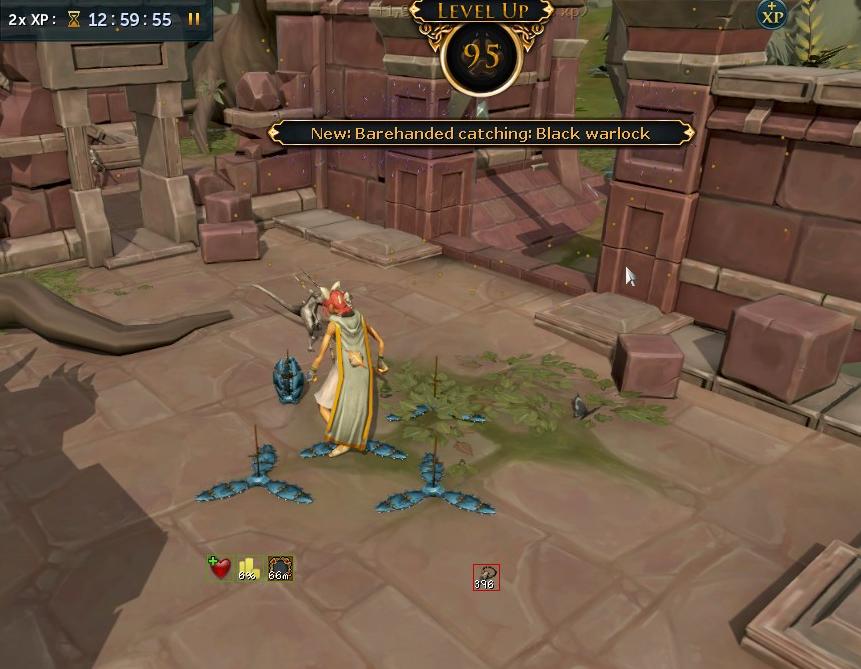 Almost out of protiens /sad

So i think the next place to level is going to be... Black warlocks are kinda afk for hunter, about 250k per hour.

This looks kinda afk but compared to protiens, probably not that afk. as it keeps giving xp until the butterfly goes away or something.

According to the wiki if you have all these things you can get 500k xp per hour there, plus agil which i dont really need.

Using the following items and buffs will grant up to 500,000 hunter experience and 100,000 agility experience per hour at level 99 Hunter (barehanded):

not quite going to make 96 hunter with protiens, oh well off to butterflies once they are all gone.

The last of the protiens 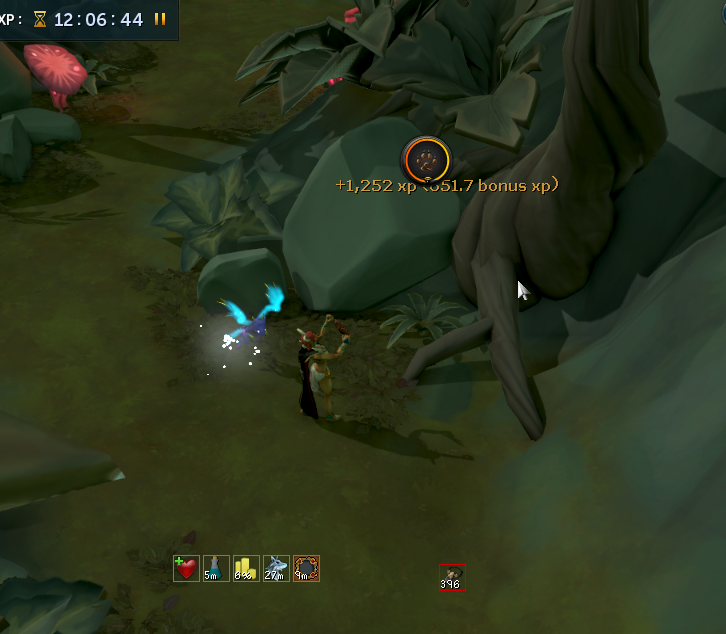 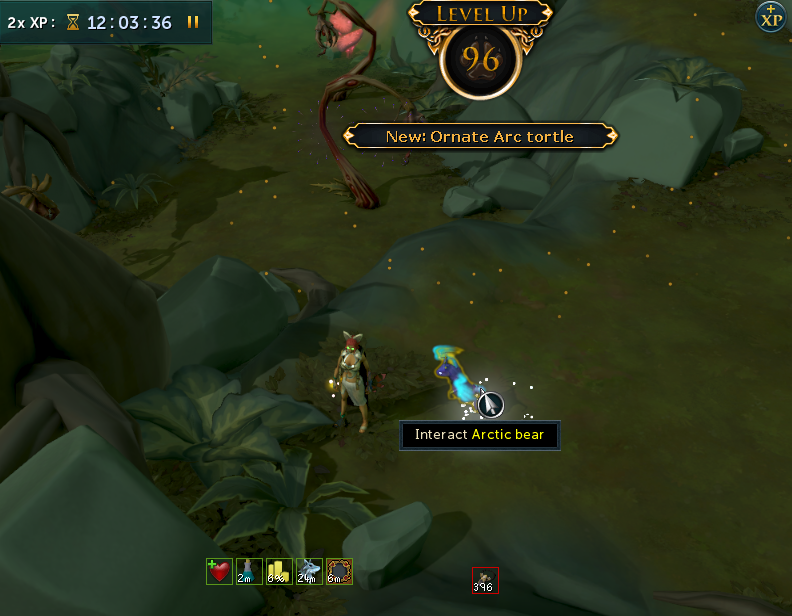 Not sure if i want to keep doing hunter at the moment or go back to divination.

Seems ok exp. and not too non AFK.

56 minutes for that level, but that included a training dummy i had which knocked off about 100k. Going to be longer for these last few levels now i think.

Yep i might be here for a while i think

It seems that the butterfly catching is quite good.  Not as good as protiens, but still good.

So def wait for protiens if you want to do this quick. 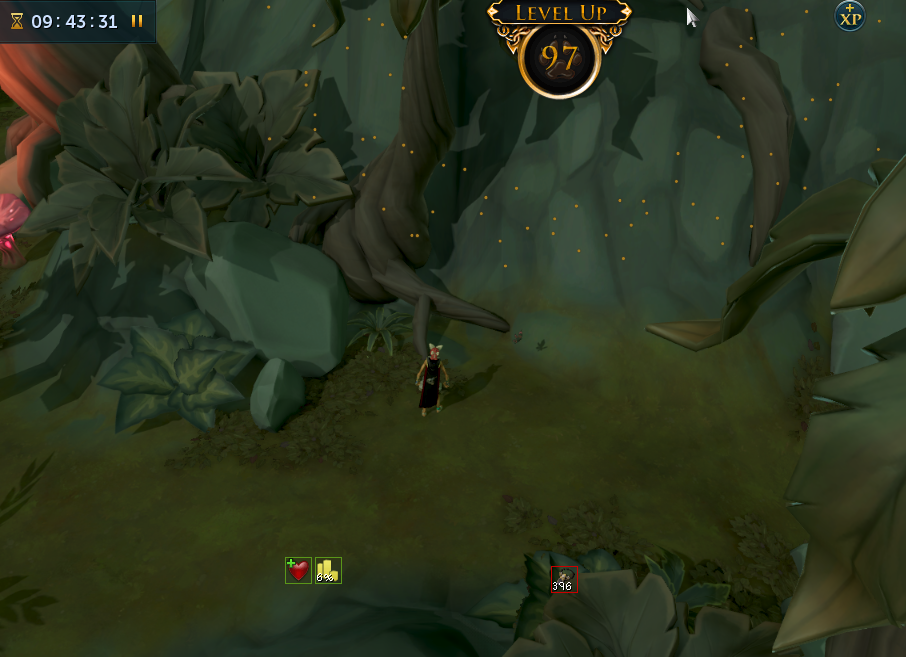 I kinda just want to get it all done now, with only 2 to go. So i think ill stay here until 99.

Yep no comment on the time for that level... I was just doing other stuff on that timer. But also yes it was slow. 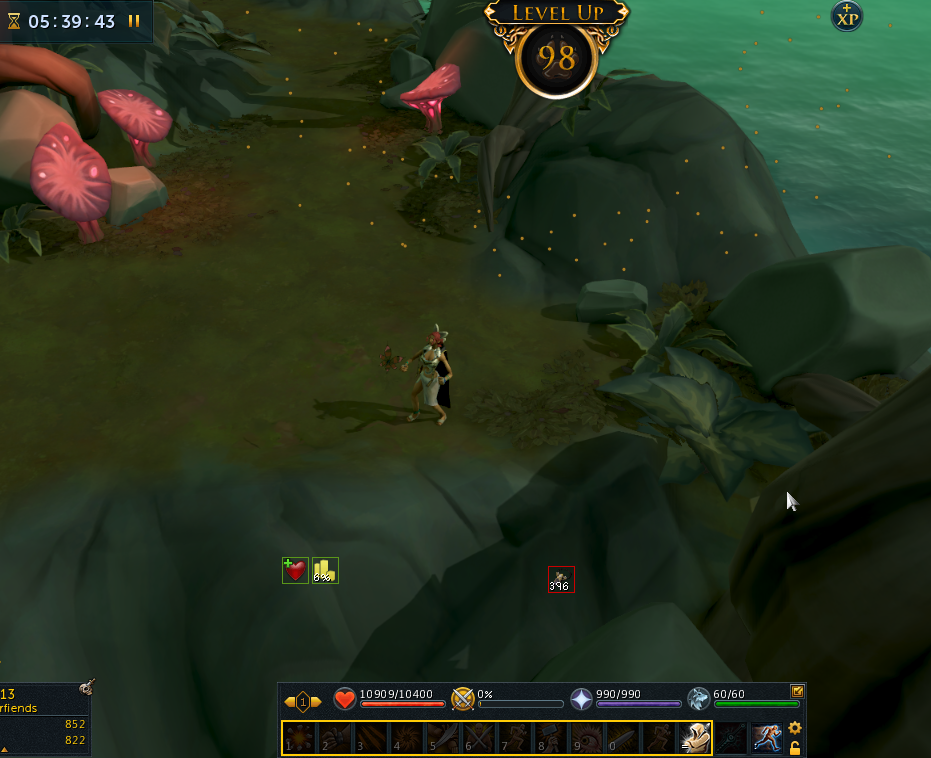 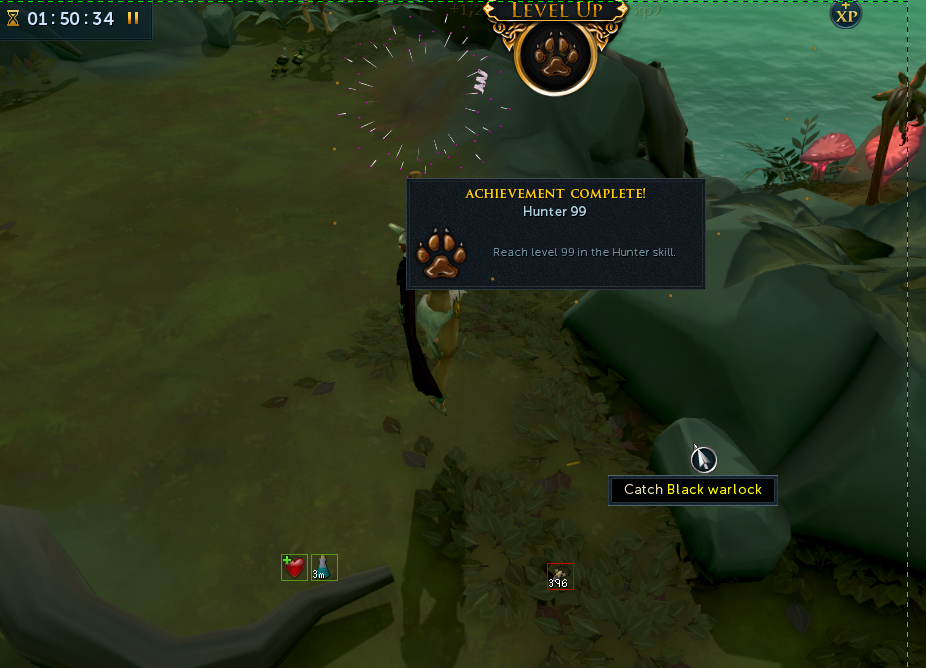 That was a bit of a grind at the end there, but its done now.

Other Items in rs3

Other Categories in Articles

This page has been viewed 243 times.

Nothing, to my way of thinking, is a better proof of a well ordered mind than a man's ability to stop just where he is and pass some time in his own company.
Seneca